Cubital Tunnel Syndrome is a condition characterised by compression of the ulnar nerve in an area of the elbow called the cubital tunnel.

When the elbow is bent, the ulnar nerve can stretch and catch on the bony bump. When the ulnar nerve is compressed or entrapped, the nerve can be pinched and become inflamed leading to a variety of symptoms, called Cubital Tunnel Syndrome.

The common causes responsible for cubital tunnel syndrome, include:

Professor Bain will perform the following:

Professor Bain may order X-ray and electro diagnostic tests such as electromyography and nerve conduction studies. These tests can assist Professor Bain in determining how well the nerve is functioning and locate areas of muscle wasting and nerve compression.

Professor Bain will recommend conservative treatment options initially to treat the symptoms unless muscle wasting or nerve damage is present.

Conservative treatment options may include:

If conservative treatment options fail to resolve the condition or if muscle wasting or severe nerve compression is present, Professor Bain may recommend a surgical procedure to treat your condition.

The goal of Cubital Tunnel surgery is to reduce the pressure on the ulnar nerve by providing more space for the nerve to move freely and to increase blood flow to promote healing of the ulnar nerve. There are different surgeries that can be performed to treat your condition, such as: 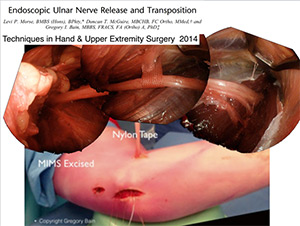 Professor Bain will decide which options are best for you depending on your specific circumstances.

Professor  Bain will advise you depending on the type of repair performed and the surgeon’s preference. Common post-operative guidelines include:

The majority of patients suffer no complications following Cubital Tunnel surgery, however, complications can occur following elbow surgery . Surgery is usually effective at relieving night and elbow pain. However recovery of the finger numbness can take many weeks.
Other complications: 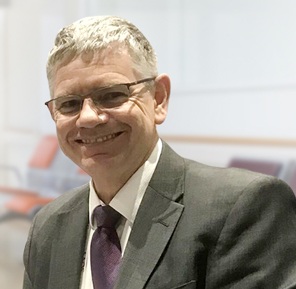 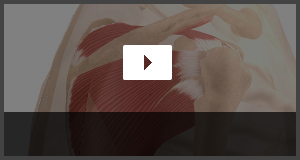